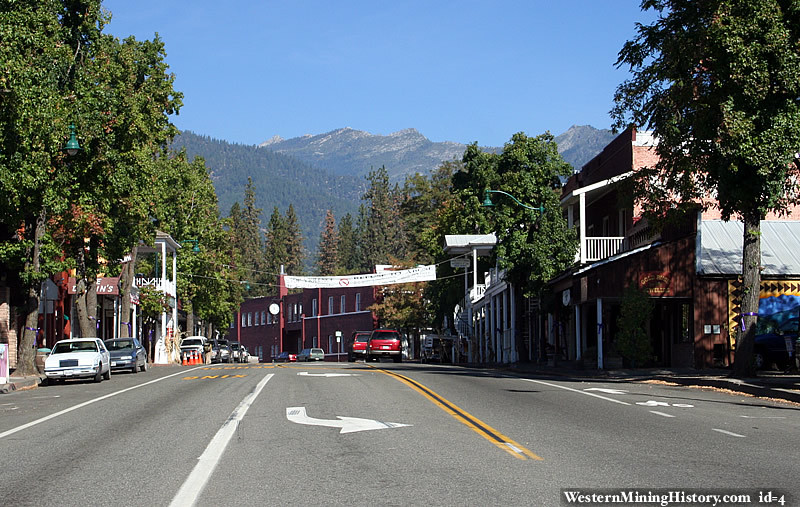 Gold discoveries were made in the Trinity River region all the way back to the early 1840s. No attempts were made to stay and mine the gold however as this area was so rugged and remote that long-term survival was nearly impossible for individual prospectors or small groups of miners.

The huge influx of miners into California resulted in the first attempts at settling and mining the Trinity region. The outposts of Shasta and Arcata, founded shortly after the initial California Gold Rush of 1849, supplied prospecting parties that pushed deep into the mountainous interior of the northern part of the state. 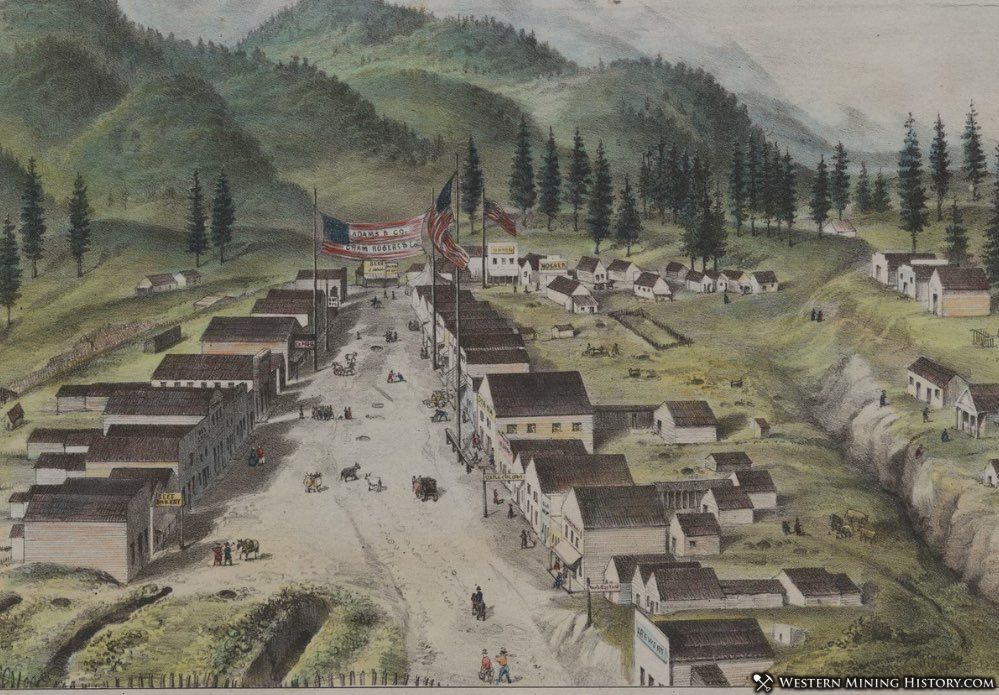 Weaverville was settled during the summer of 1850 in a wide basin that was ideal for a town. This basin had numerous gold-rich streams flowing through it, and plenty of flat land for building in what was otherwise an extremely rugged and mountainous area. Weaverville quickly became the primary settlement for the entire region, and thousands of miners flocked to the area from all over the world.

In May of 1851, Weaverville beat out Arcata to be the first county seat of Trinity county. At the time Trinity County covered a vast area, including what would later become Del Norte, Humboldt, and Klamath counties. A post office was opened in the fall of 1851.

By 1854 Weaverville had two banks, six hotels, four restaurants, six saloons, three bakeries, four markets, three blacksmiths, and numerous other businesses. It is remarkable to consider that all of the early development of this town occurred during a time when the outside world was only accessible by foot or horseback, over long and arduous mountain trails.

By the end of the decade Weaverville's commercial district had over 20 substantial brick buildings. These buildings were built to be fireproof, with dirt used as a fireproofing material under the tin roofs and heavy iron shutters on all the windows. Unlike "fire proof" buildings in other communities, these buildings have stood through many fires, and today Weaverville has one of the most impressive collection of 1850s era buildings anywhere in the West.

Residential Weaverville was divided into ethnic enclaves, including French Town, English Town, and Irish Town. Weavervilles's Chintatown, which remained active until it burned down in 1905, was home to at least 1,000 Chinese miners and merchants.

A toll road to Weaverville was finally completed in 1858 and in April of that year the first stagecoach rolled into town. That same year a telegraph was built that connected Weaverville with Shasta, Yreka, and Trinity Center.

A disastrous fire burned most of the town in 1853. Subsequent fires in 1863, 1873, 1897, and 1905 also did significant damage but many of the substantial brick buildings that were built in the years after the first fire survived.

Weaverville was an important placer mining center for decades. The first hydraulic mine in the county started operating nearby at Junction City in 1870. Many hydraulic mines would operate in the area, including the La Grange mine, said to be the world's largest.

Lode mining began in earnest during the 1880s and the era of gold dredging began after 1900. 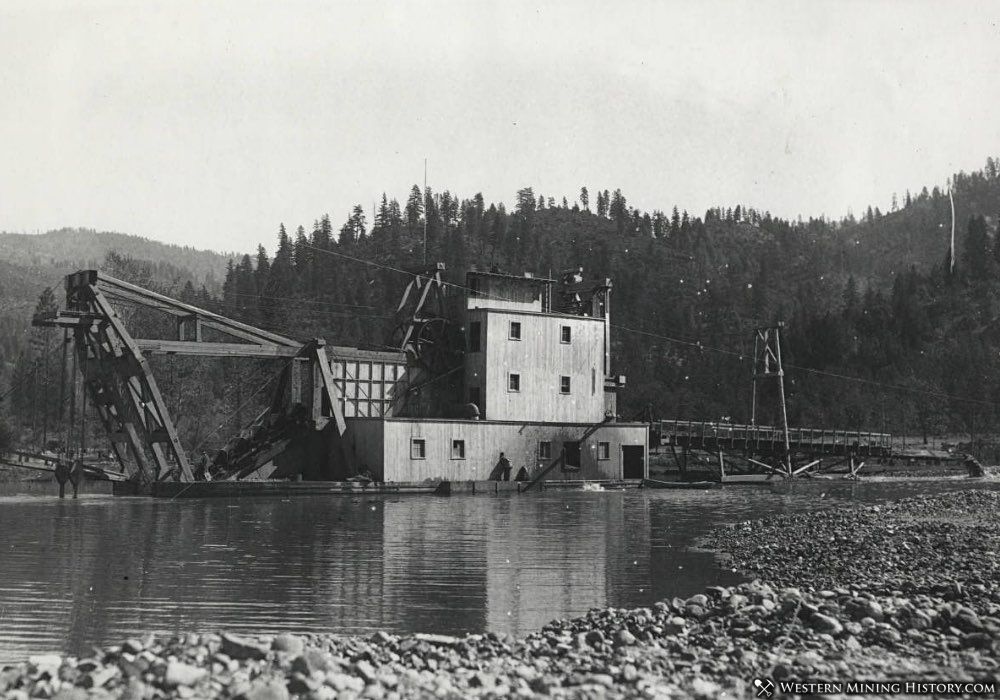 The Weaverville Joss House, a Taoist temple, is the oldest continuously used Chinese temple in California. The building is named "The Temple among the Trees Beneath the Clouds".

The original Joss house was built by Chinese miners in 1853. The first building burned in 1861, and the second burned in 1873. The third Joss House, built after the 1873 fire, still stands today.

Today the Joss House contains spears and other artifacts from the 1854 Tong War, a battle that erupted between two rival Chinese factions, or "Tongs". Over 2,000 participated in the battle that reportedly only lasted 10 minutes. Reports on the number of men killed in the battle vary significantly, with some saying only a few died and many were injured, while a historical marker in Weaverville claims 26 were killed.

As placer mining dwindled in Trinity County during the late 1800s and early 1900s, so did the Chinese population until just 16 were left by 1931. In 1934 many of the artifacts in the building were stolen which spurred interest in preserving the building and it's remaining contents. Eventually the building became a California State Park, and today the public can tour this amazing part of Weaverville's historic past. 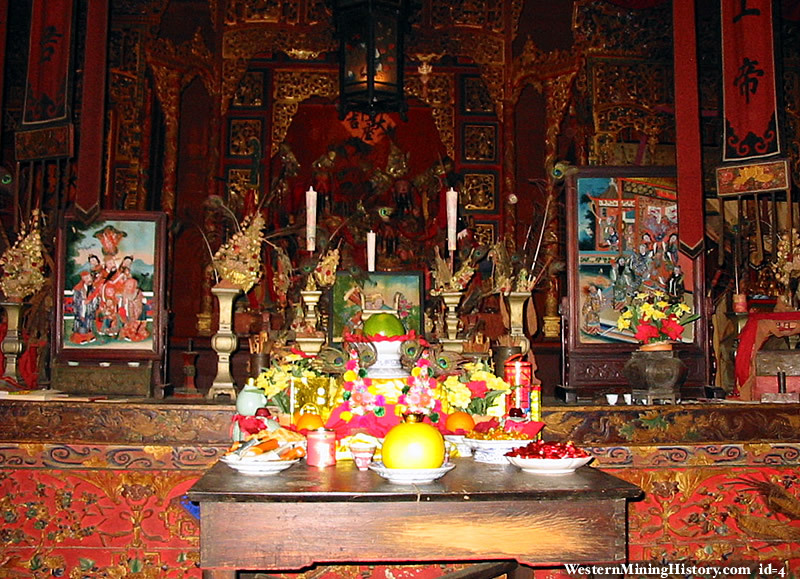 As mining wound down by World War II, timber became important to the local economy for decades. Eventually the timber industry waned as well, and Weaverville found itself in tough economic times.

Weaverville has been able to reinvent itself as a tourist center and portal to outdoor recreation. The Weaverville National Historic District contains over 30 buildings, many of them built in the 1850s. The town remains one of the most historically significant mining towns in the West, and is a great travel destination for anyone interested in Gold Rush history.