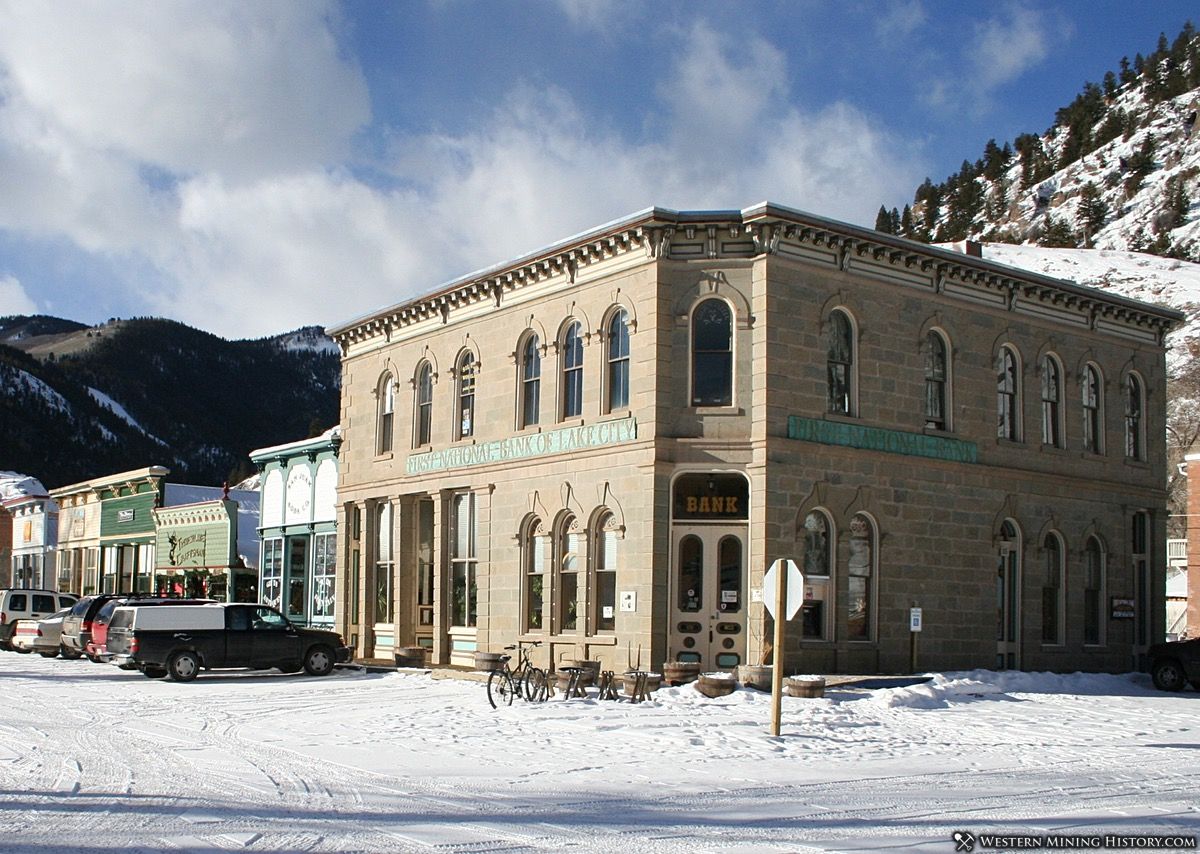 Lake City is the seat of Hinsdale County, the least populated county in Colorado. The town originated as one of the most isolated of the major 19th century Colorado silver camps and was named for the nearby Lake San Cristobal.

Valuable ore was first identified in the Lake City area in 1871, but at the time the area belonged to the Ute Indians so the discoveries were not exploited at the time. The Utes ceded the land to the United States in 1874, opening the area to new exploration. 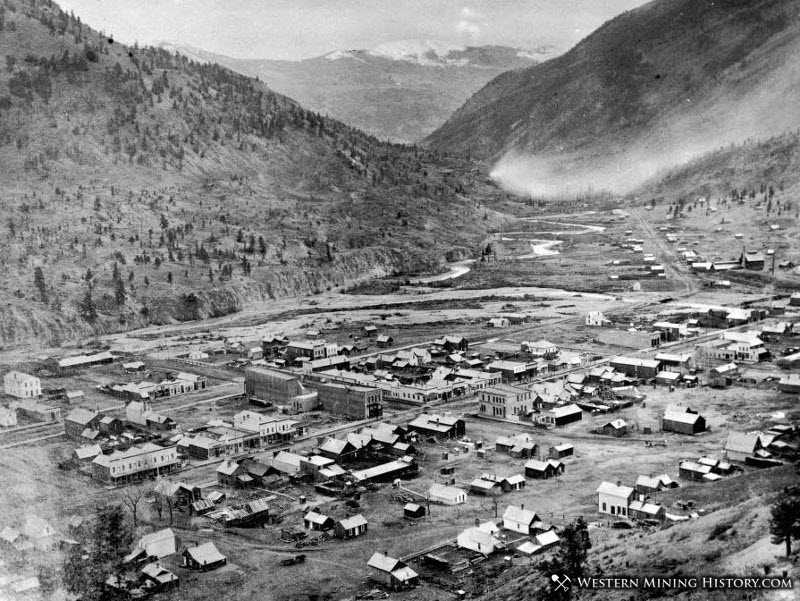 Shortly after the Utes ceded the land, Enos Hotchkiss, “The father of Lake City”, located rich gold and silver ore at what would become the Hotchkiss Mine, and later the Golden Fleece Mine. In 1874 Hotchkiss built the first log cabin at the site that would become Lake City.

By Spring of 1875 Lake City had thirteen cabins. In June of that year Lake City’s first newspaper, the Silver World, was published. That same year saw the opening of the first sawmill, the arrival of the first stagecoach, and the establishment of a post office. 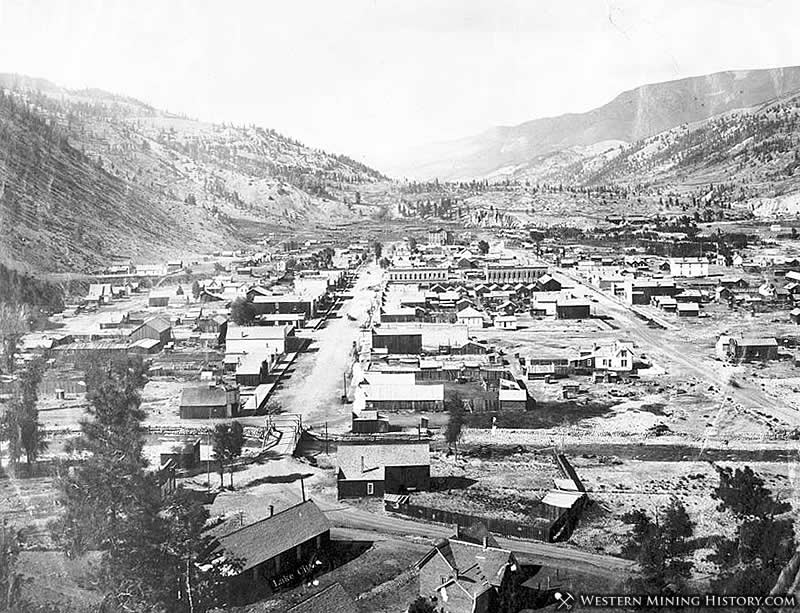 Another view of Lake City, Colorado in the Early 1880s

In 1876 the Ute-Ulay mine sold for $135,000, legitimizing Lake City as a serious mining center. The rush was on and miners and prospectors from all over the world were arriving daily at the young camp. This was a remote and isolated district, so new arrivals made arduous trips by stage, mule, or on foot for their chance at a piece of the newly discovered riches. 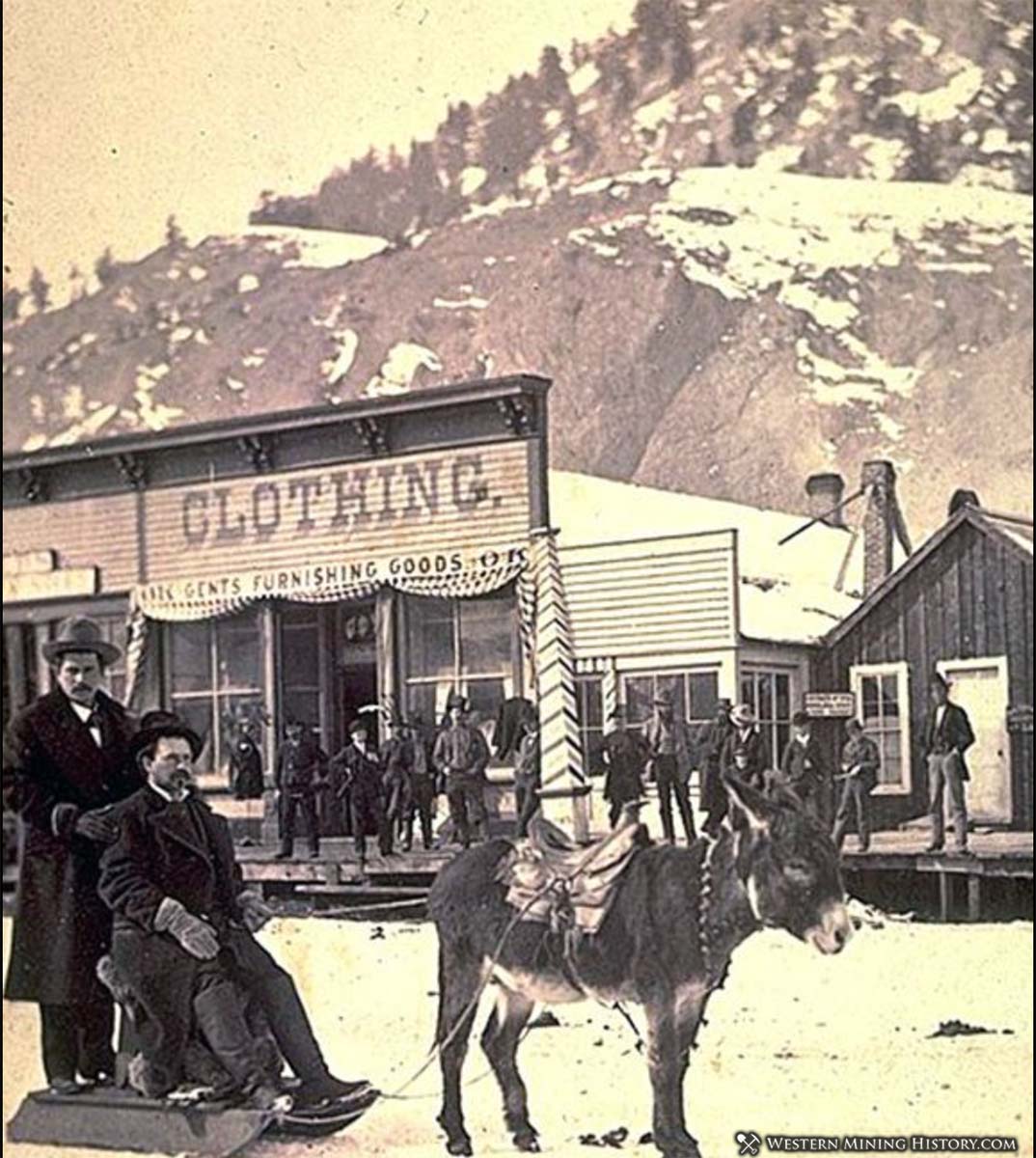 By the end of 1876, Lake City boasted fourteen general goods stores, seven saloons, three bakeries, two banks, two breweries, five blacksmiths, two brickyards, four Chinese laundries, and numerous other businesses catering to the thousands of people pouring into town. One can imagine what exciting times these were in the newly established boom town. 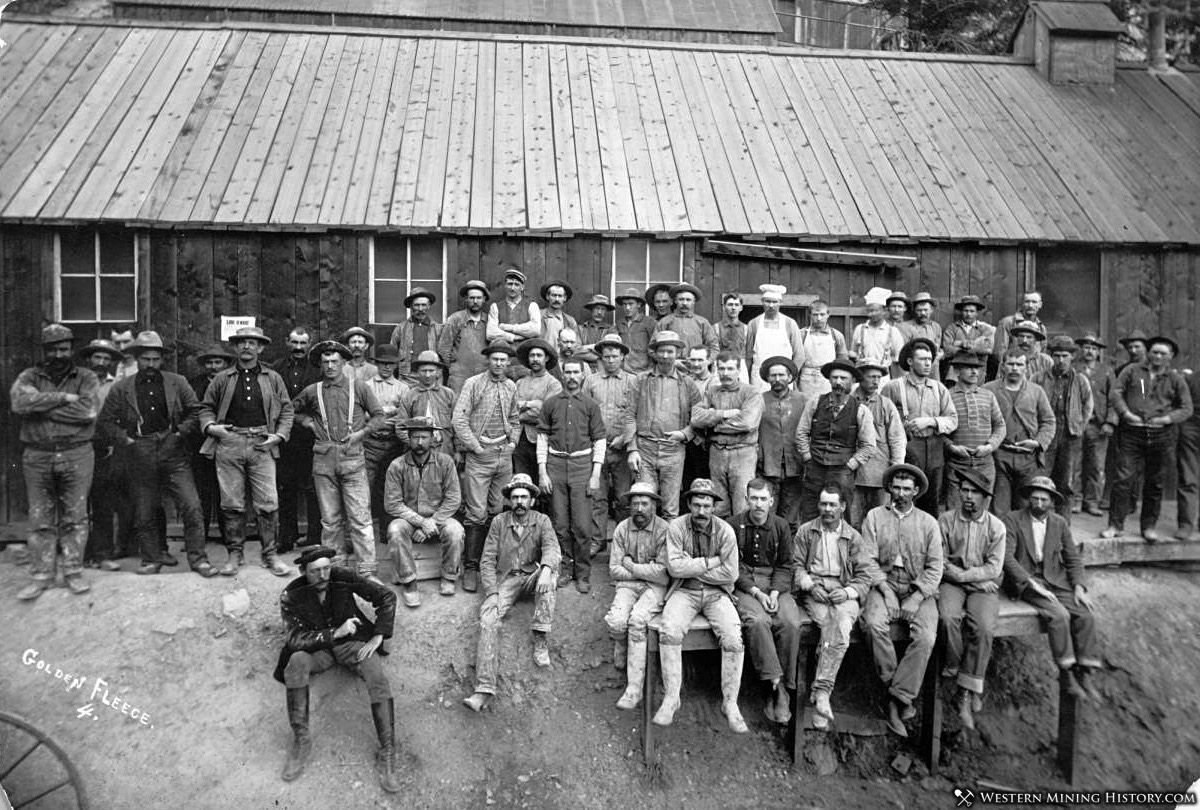 Miners at the Golden Fleece Mine near Lake City, Colorado

The Denver and Rio Grande Railroad built a narrow gauge line to Lake City in 1889. The number of years that passed before the railroad arrived to the town is a good indicator of just how isolated Lake City was from the rest of Colorado.

The mines of Hinsdale County were largely silver producers, so the silver crash of 1893 was a major blow to Lake City. However, there was enough diversity in the mines that gold and lead production made up for some of the losses in silver, and the town endured the hard times. 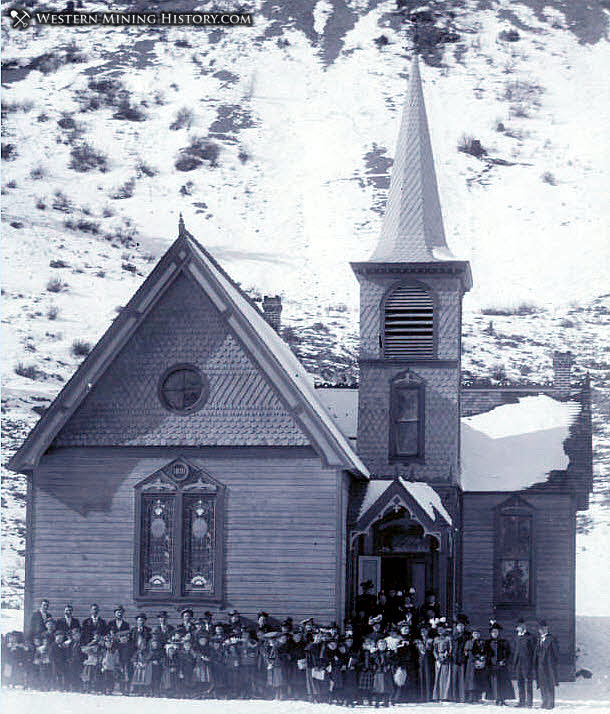 By the end of the 1890s the mines were declining and the boom years were over for Lake City. By 1910 the population of the entire county dropped below 700 people. By the 1930’s that number had dropped to around 200 residents in the county that were scratching out a living through ranching and sporadic mining activities. 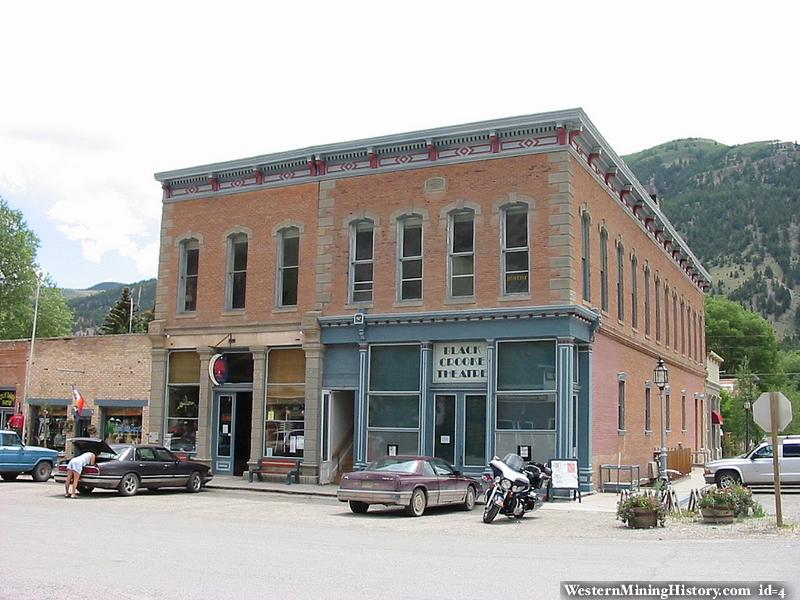 Ultimately Lake City had one valuable asset that outlasted the local mining industry. The town is situated in a remote and beautiful valley, surrounded my mountains, pristine rivers and streams, and the magnificent Lake San Cristobal. By the 1940’s, Lake city had been discovered as a hunting and fishing destination. So many Texans would vacation in the town each summer that it earned the nickname “Little Texas”, a name that is still used today among the locals. 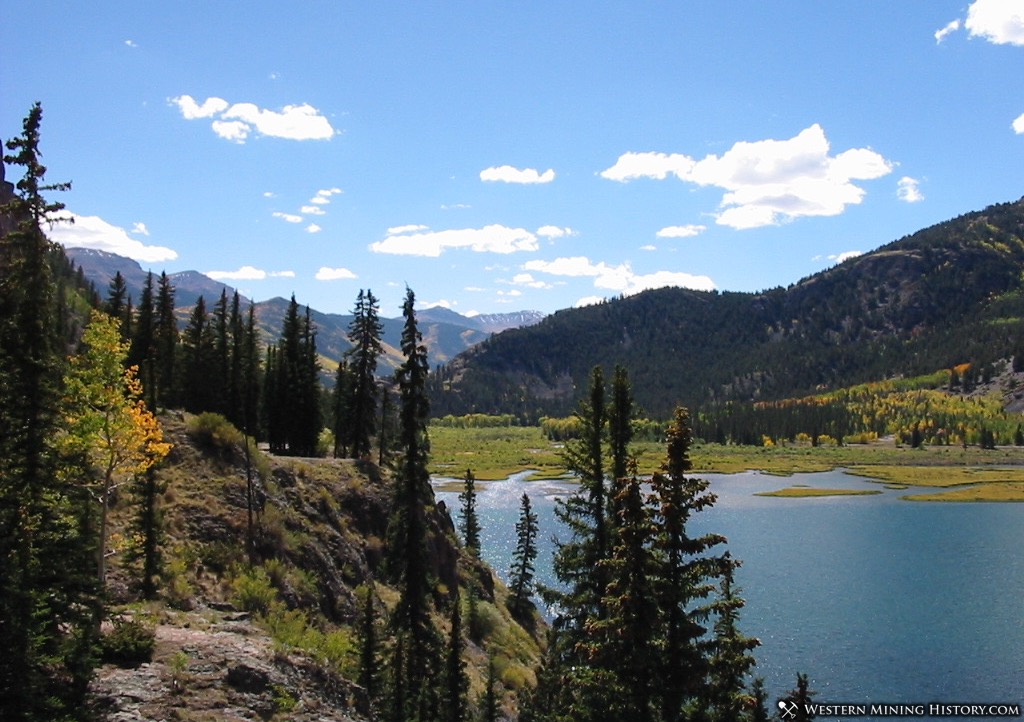 Today, Lake City is a popular tourist destination that is full of turn-of-the-century architecture. Visitors can explore the Victorian charm of downtown with over 75 buildings from the late 1800s - one of Colorado's largest historical districts.